The  trail has been successful getting several roads legalized for atvs/utvs usuage from Black Bear Trailhead to Philipsburg. This was done  working with Rush Township Supervisors. The trail volunteers installed sign post, signs at no expense to the township. The trail wanted to connect to towns to help support local businesses in Philipsburg, Clarence, Snow Shoe and in between. So, the trail wanted to build another trailhead for the people in Philipsburg and surrounding areas to load and unload. Executive Officers of the SSRTA met with the Elk Trustees in several meetings to discuss a proposal in June, July and August. The agreement was to  build a new trailhead, atv youth training area, and about a mile or so of trail connecting to Philipsburg Elks Lodge and Country Club. We also wanted to build a small  atv/utv parking lot adjacent to vehicle parking lot for safety. Anyone using this connector would have to be a member of the Snow Shoe Rails to Trails. The membership money helps the trail maintain existing trails/roads supported and used by atvist. The  trail volunteers worked August, September and October brushing, stoning, signing and creating the connection.
Although we have been successful in connecting the trail to Philipsburg, we have not been successful in eliminating the segmented trail around the viaduct bridge. The private property owner did tell us at meeting in December 2018, that they were not resistant to us making a connection across their property at some point. But now we have received word they are concerned for liability and are not interested in allowing us a connection across their property.  So, more work needs to be done for a connection to occur. We may have to look at other alternative routes as well.
Also, if staying in Philipsburg and riding on that end of trail, there is a new motel opening up called "We are Inn" - located just below the Philipsburg Elks Lodge & Country Club. There is also a gas station and tastee freeze for those liking ice cream. The Philipsburg Elks Lodge and Country Club serves lunch and great meals  and would love to have the atvist stop in. Please stay on all trails as they are signed to and from.
President of SSRTA - Trilby Mayes 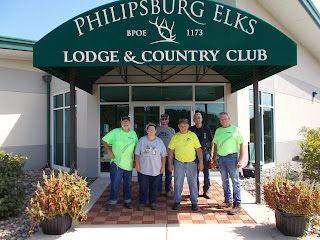 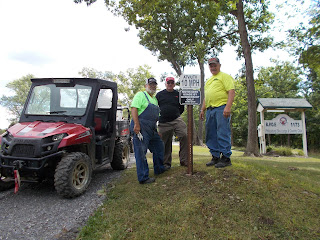 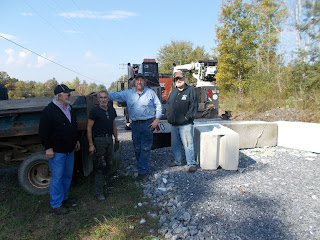 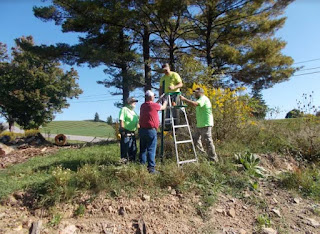 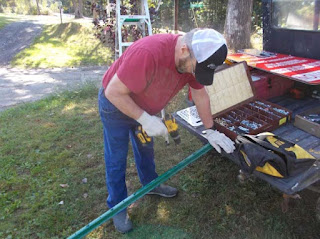 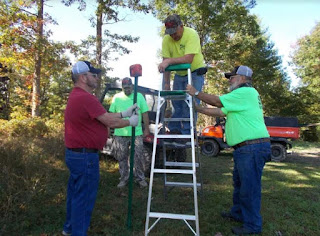 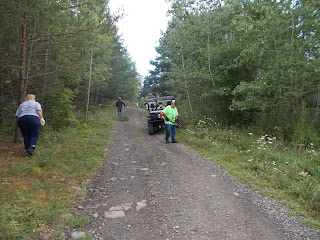 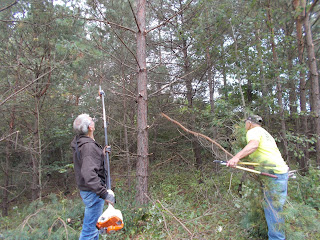 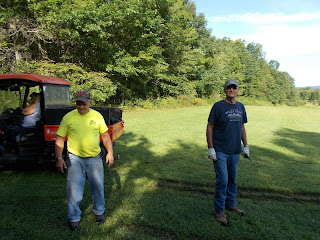 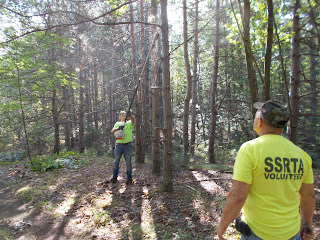 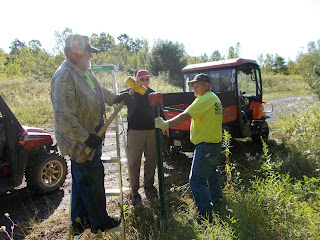 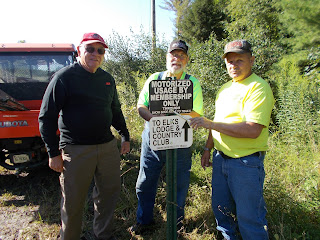 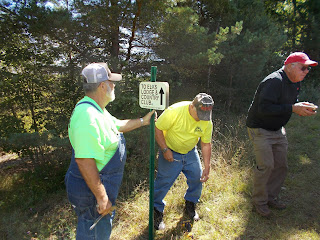 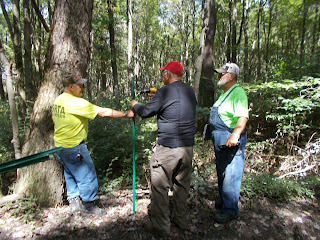 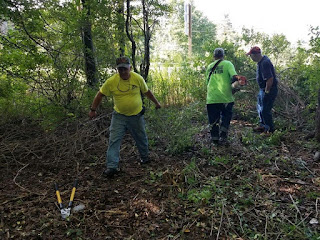 Mary & Gary Halsnik performing some volunteer work on the SSRT last weekend, November 3, 2019.
Mary has been working to enhance the mile marker numbers on the mile marker post. The cold weather has been impacting her efforts.
Gary & Mary both worked at blowing away leaves around Gillentown Trailhead restrooms and also cleaned around Clarence & Gillentown Trailhead kiosk.
All concrete ramps were cleaned at gates from Clarence to McKinney Run.
We want to thank our dedicated volunteers. Sure looks nice out there.
SSRTA Officers & Board of Directors. 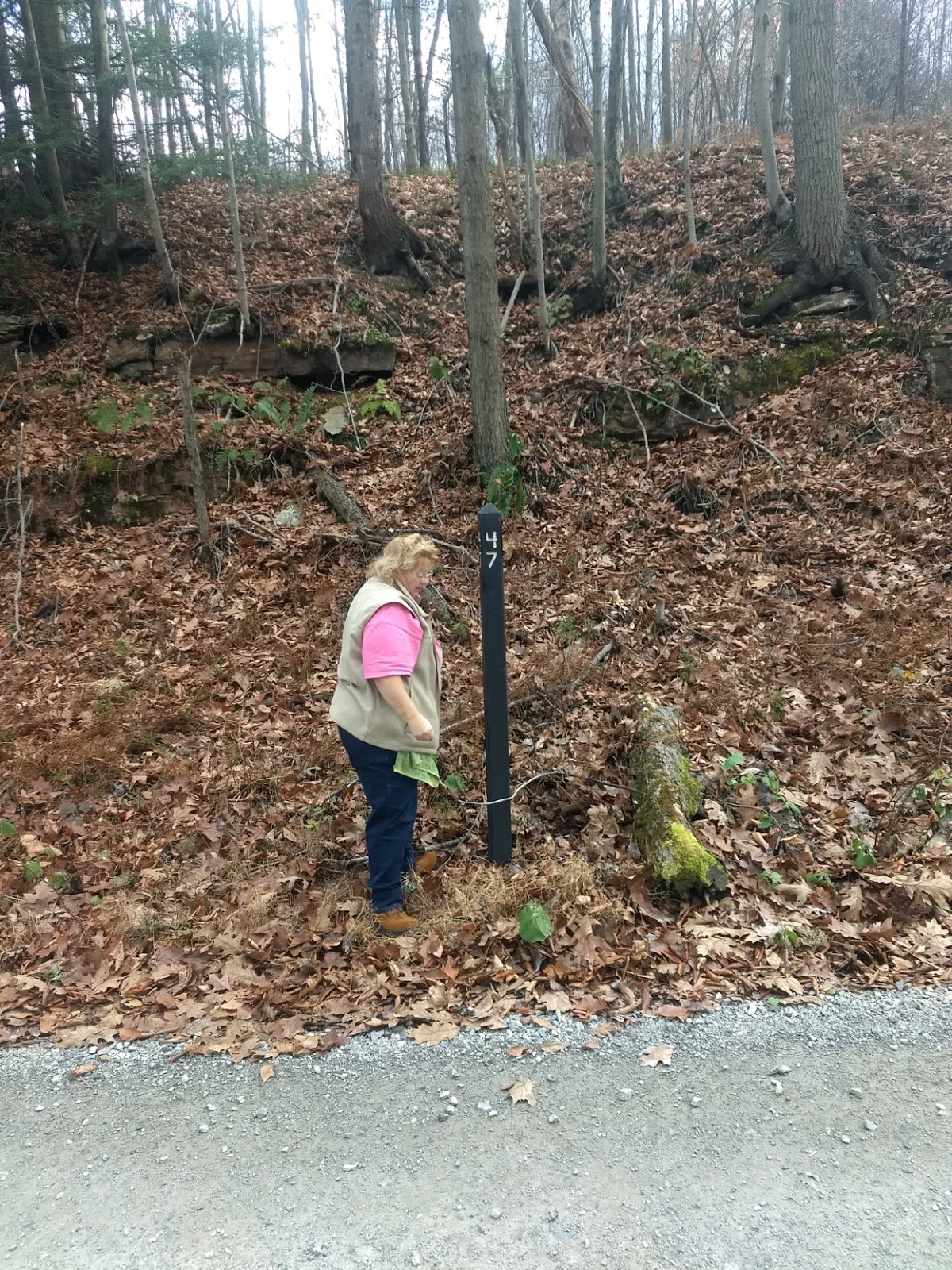 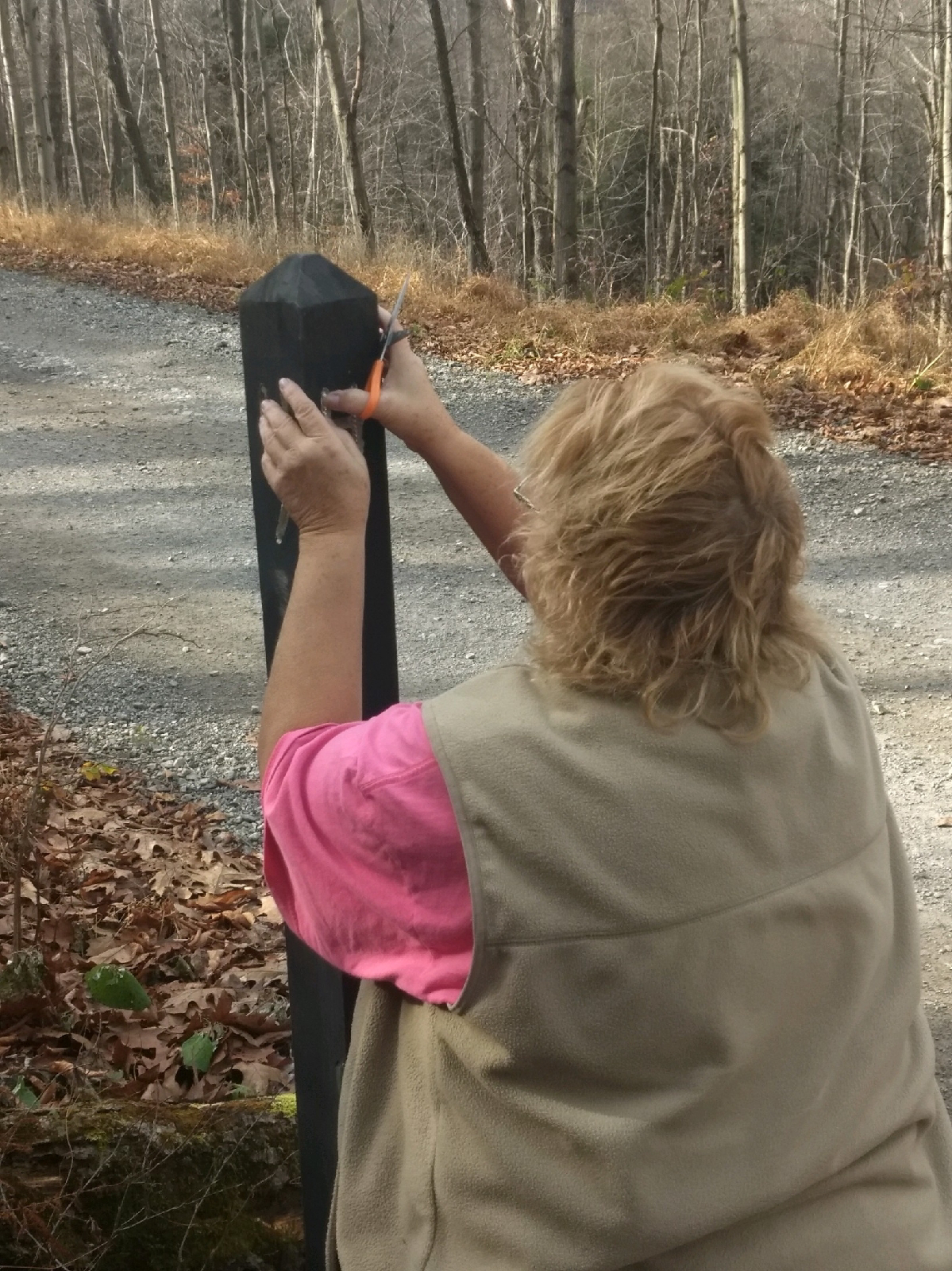 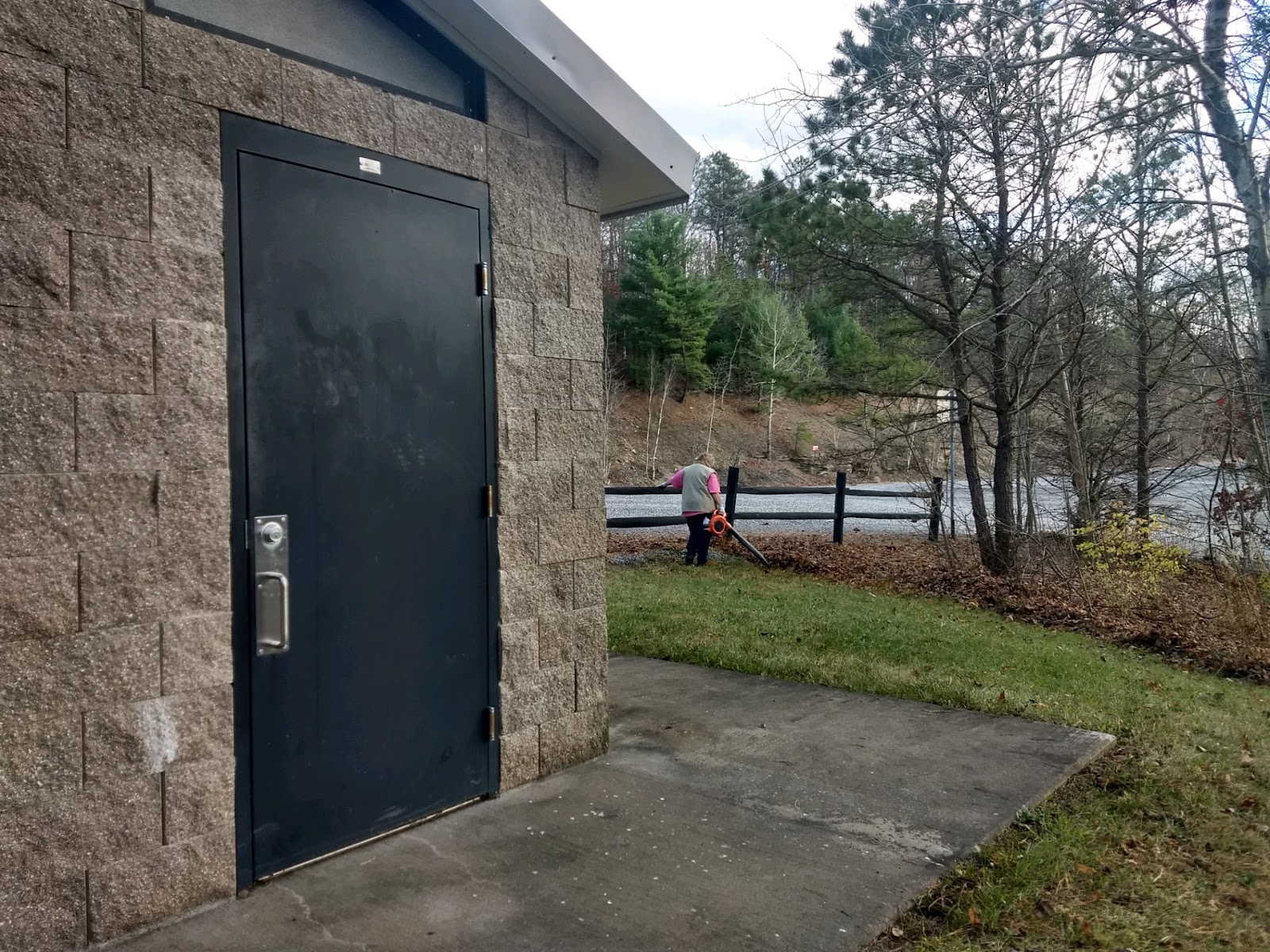 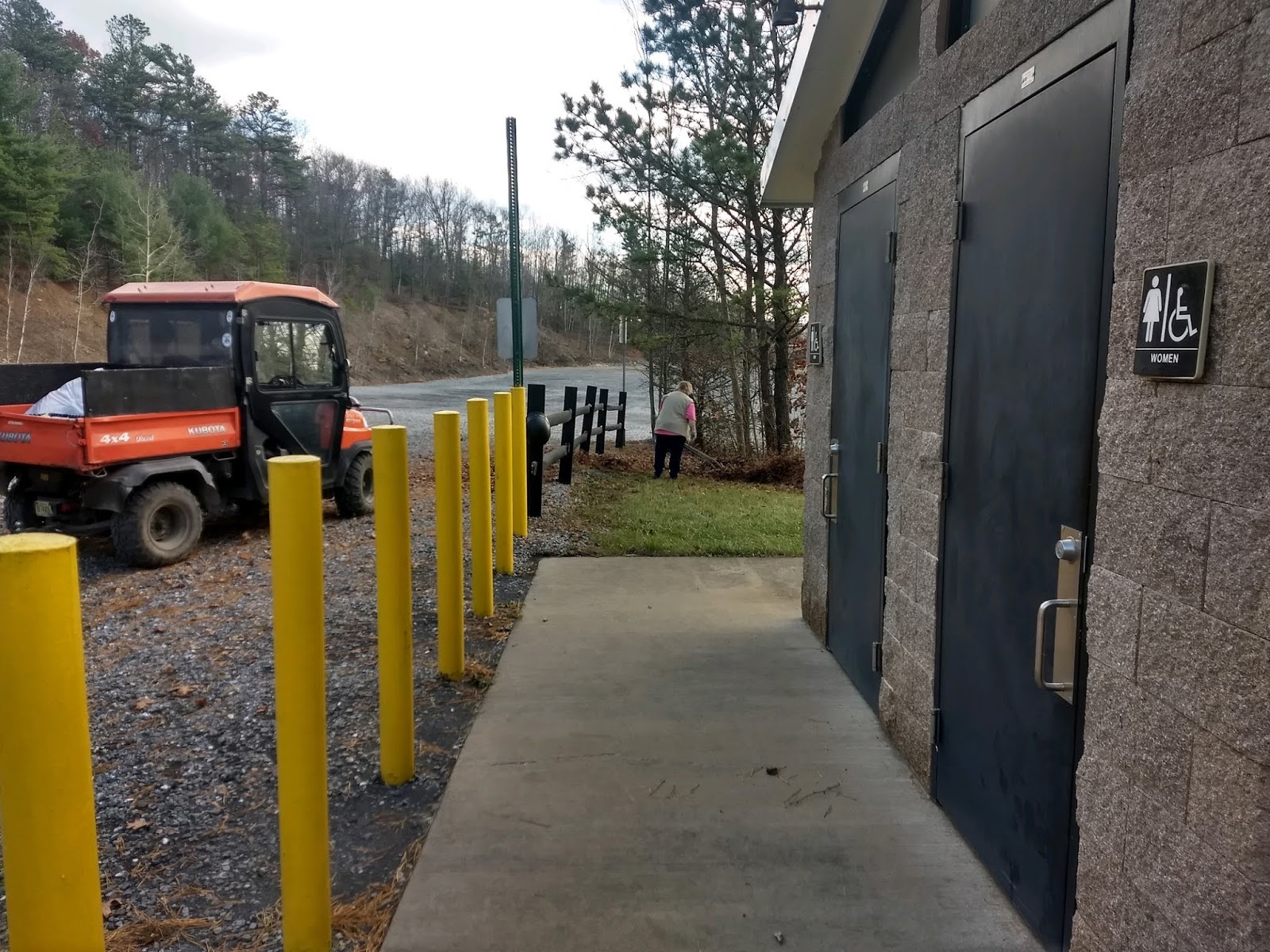 At the beginning of the week of Nov. 4, 2019,  the SSRTA volunteers replaced a pipe at Peale Crossing Side of Peale Tunnel. Ron Gillette, Patrick Warefield, Gary Halsnik, Andy Basalla & Larry Mayes helped with the pipe replacement. Gary Halsnik did a great job installing head wall with help from Patrick and Ron. The existing pipe was totally plugged and replaced with a pipe that was donated by help from Bob Biggans & HRI. We want to thank them for the donation. We were able to install the new pipe prior to the winter season and possible wash out of trail. A 20ft piped was about twice as long as existing pipe so trail is much wider in the area now. 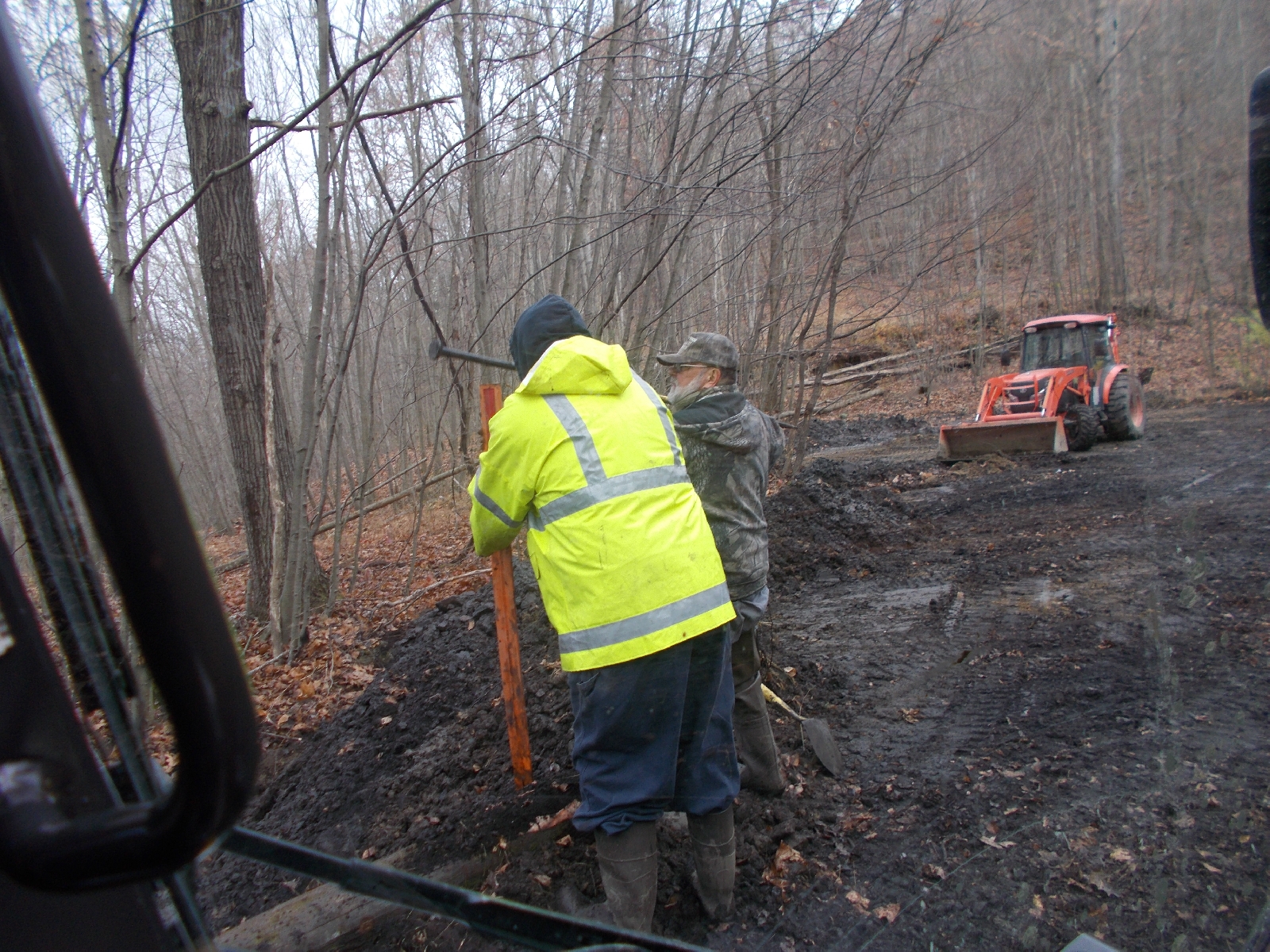 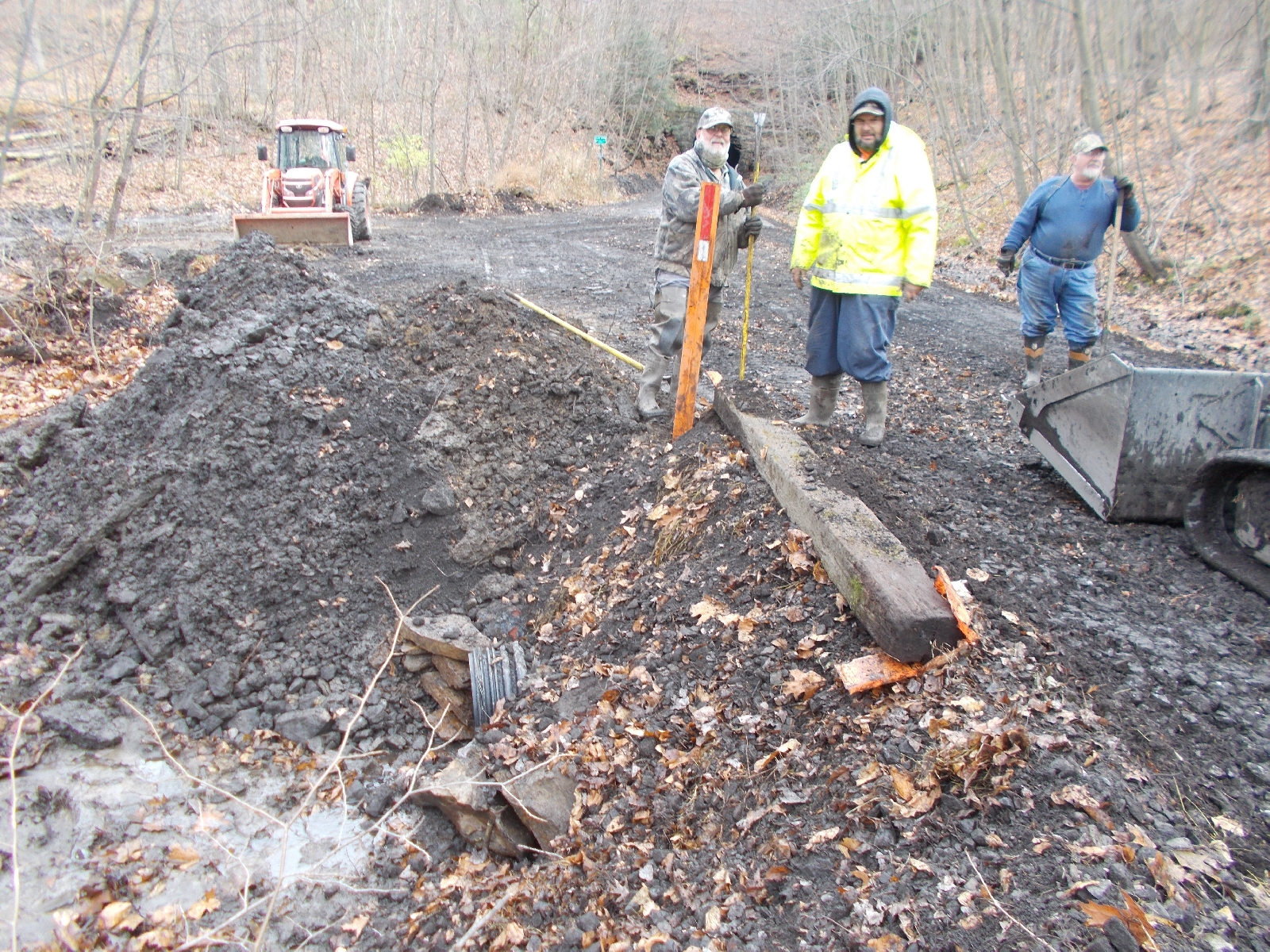 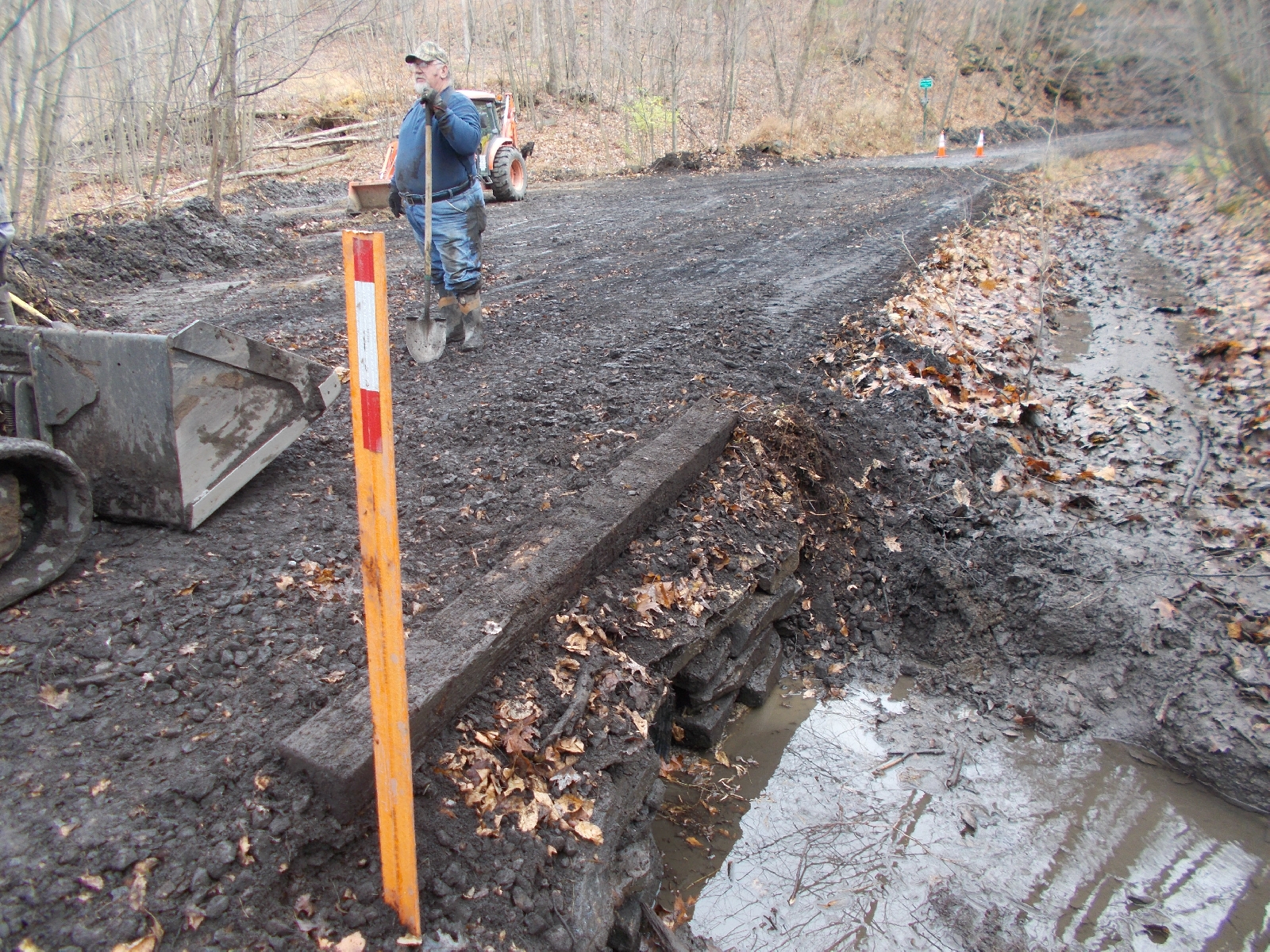 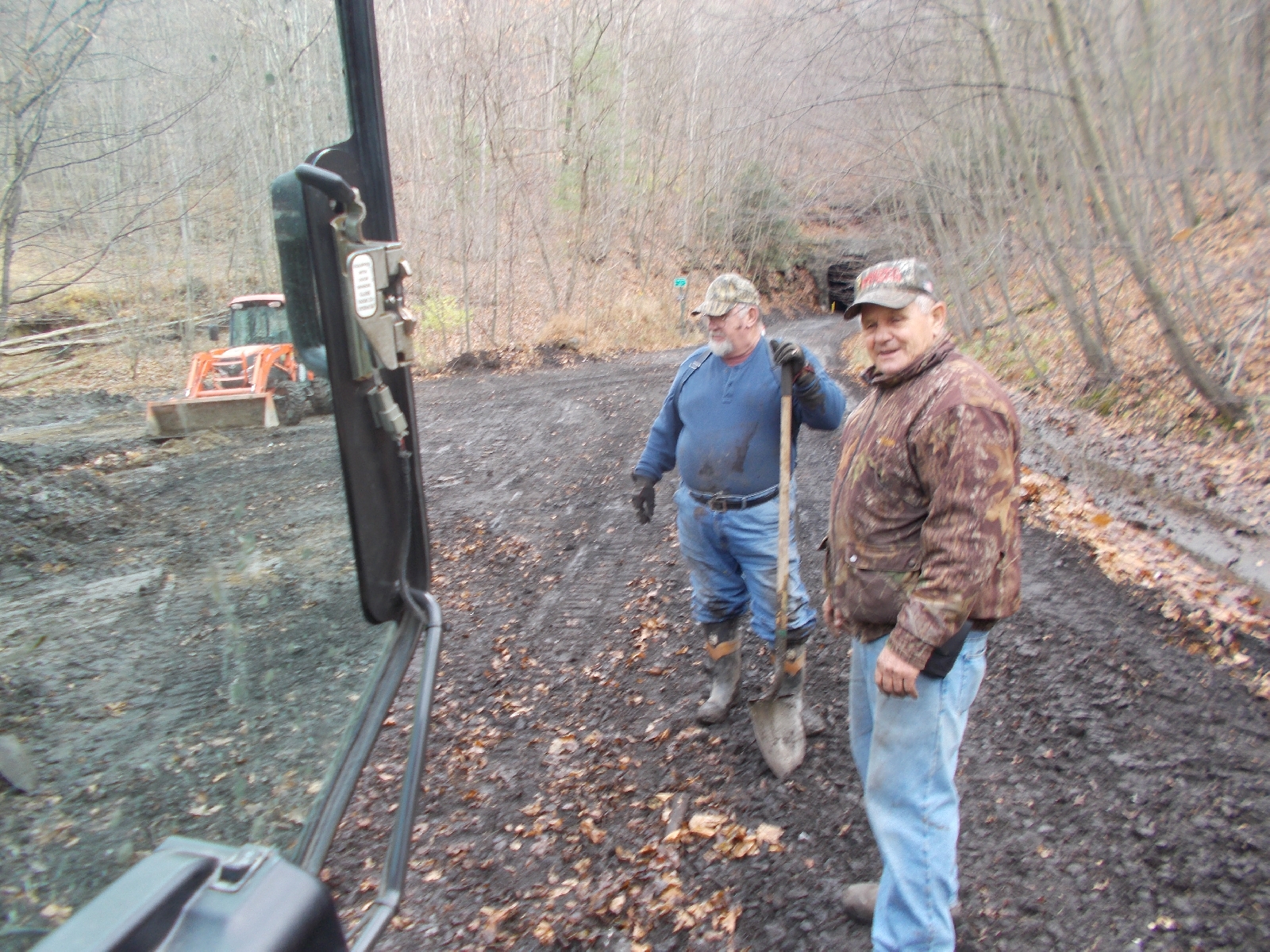 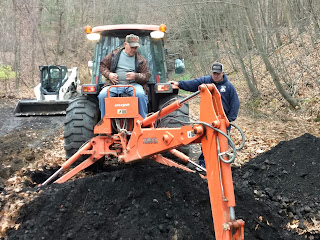 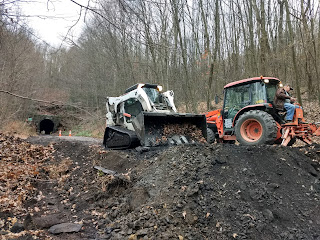 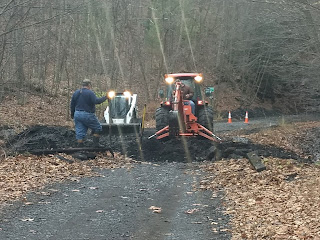 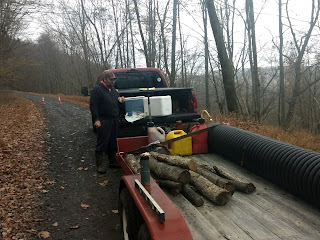 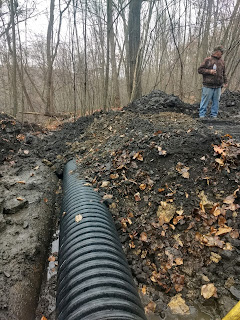 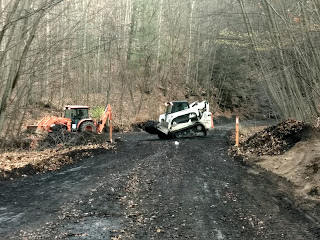 DCNR did a good job of grading Black Bear Connector Trail from Black Bear Trailhead to the SSRTA. Thank you DCNR and the Black Moshanon Crew & also Thank you Andy Basalla, Joe Reams  for coordinating efforts with DCNR. 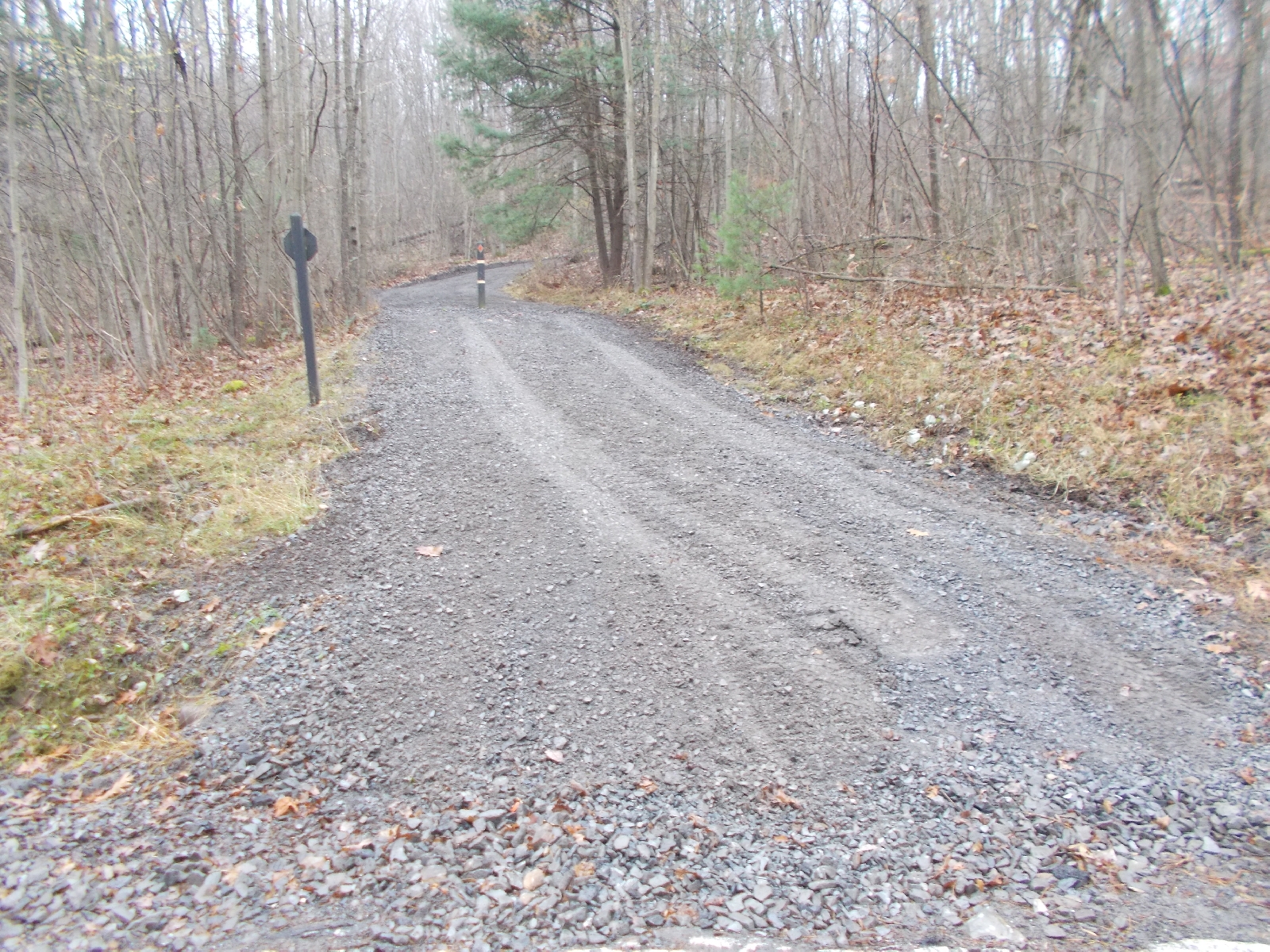