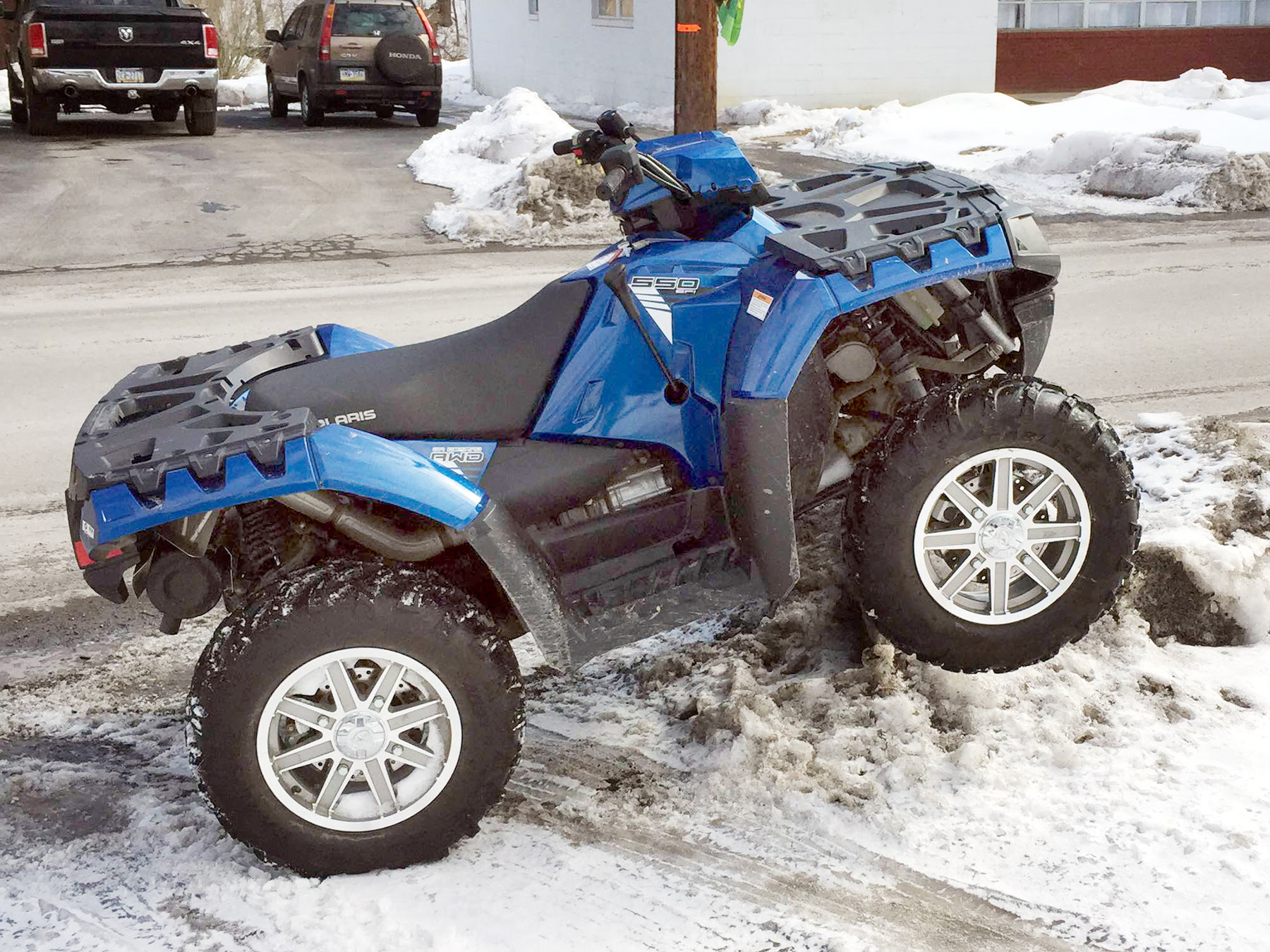 Members,
Terry Donahey is selling a cabelas storage box for an atv. He mounted it on his atv but never used it. He is selling it because he purchased a smaller unit for his atv.

Ryan is a 24 year old young man that was in a tragic ATV accident on May 3rd due to mechanical problems with his four wheeler. This caused Ryan to be life flighted to two separate hospitals for treatment and major surgery. This accident has left him paralyzed from the waist down. He is home now and is currently receiving therapy three days a week along with many doctors appointments. Ryan's family and friends are holding a fundraiser to help him with his every day expenses and medical supplies he needs on a daily basis. Please plan to attend.

Chris, Kyle & Jim Vangor got ready Friday evening to cook the pigs for Saturday's event. That involved Chris's secret recipes for the BBQ sauces and the special rub applied inside the hogs. He also made great stuffing as well. Jim & Kyle attended to the cooking all night long.

Eric Brooks & Larry Mayes made their annual ride to Mark's Meat's in Lamar to pick up the hogs for the pig roast.

The Centre County Probation Office(Diane Bierly) provided people for preparation and the event. The SSRT also utilizes volunteers and the probation office to clean trash along approximately 4 miles of State & Snow Shoe Township roads prior to the event. Eleven bags of trash was collected that day.

Geoff Carns arrived with two loads of atvs & utvs to display. He sent Dave back to Clearfield to get a few additional units as well. Numerous people took a couple of the demos for rides, 900 & 1000 razors. A lot of people showed interest in the various units.

The SSRT would like to wish Tom & his new bride the best in their new marriage. You see Tom usually cames down from Carns for this event, but just happen to schedule his wedding on this day. Steve, Justin & Kurt were all involved in the wedding too. We at the SSRT hope the wedding was the best day ever for the newly wed couple.

We want to thank Bryan Sampsel and his family for taking time out of their busy schedule to attend and support the event. Bryan is also running for Centre County Sheriff.

This event was a big success as the parking lot was full and the overflow parking areas were utilized too.

We want to thank all the volunteers for helping at this event. Your dedication & leadership is appreciated and is why the SSRT is so successful. We also want to thank Carns Equipment as this event could not be held without your support. (Members-please support those that support us-stop by and visit them in Clearfield)Last & certainly not least, we want to thank all of you that came and supported the event. Monies made from this event goes directly back into maintaining the trail system. Without you, there would be no trail.
SSRT Executive Officers

View photos from this event, click here.
Posted by SSRTA at 12:11 PM

17 members of the SSRT traveled to Dunmore to atv ride several trails in that area. Mike Guzzi & Bob Nitch were excellent tour guides from Valley ATV Club. We rode 2 state trails, then Northen Wayne and the last day was spent on the Lost Trails. This day was a fundraiser to help find a cure for cancer. We ate at so many fine places but if you are ever in Dunmore, eat at the Loading Dock. The lobster and seafood Bisque was sensational. While atving on Northen Wayne, we stopped at Legends for a nice dinner. Super service -- thanks to Mike Guzzi for arranging time. Also, saw a place that we visited 12 to 14 yrs. ago with Denny Stimer & Geoff Hosband- Lakewood Lodge. We had a wonderful trip and missed a few of our regulars on this ride, the Brooks, Tresslers, Moore's. Maybe next year we can do it again. Thanks to all for the wonderful times and rides. See Bill & Karen Cooke, Jerry
Gruver this weekend for the pig roast and Bob Nitch too. Good luck to Rob & Allison with the soon birth of their son. Nice organized event for a good cause.

View photos from this event, click here.
Posted by SSRTA at 11:42 AM

If you have ever been out on the SSRT just after a rain and saw the water on the trail near Rock Run Bridge, well, it should not happen now.
On Monday, August 31, a work detail was planned to replace two plugged pipes under the trail near Rock Run Bridge. So, Fred Lingle, Eric Brooks, George Holt, Jack Miller & Larry Mayes made a day of it and replaced both pipes. Jim Schall of Hanson Inc. also supplied the 2rc for around the pipe. George Robb hauled it to the site. Jack Snacks Shack also supplied hoagies and snacks for the crew. A hard work day by the crew but accomplished so much.
Thanks to all for your help!
View photos from this project, click here.
Posted by SSRTA at 4:45 AM